Why are Mexican Tech Salaries on the Rise? 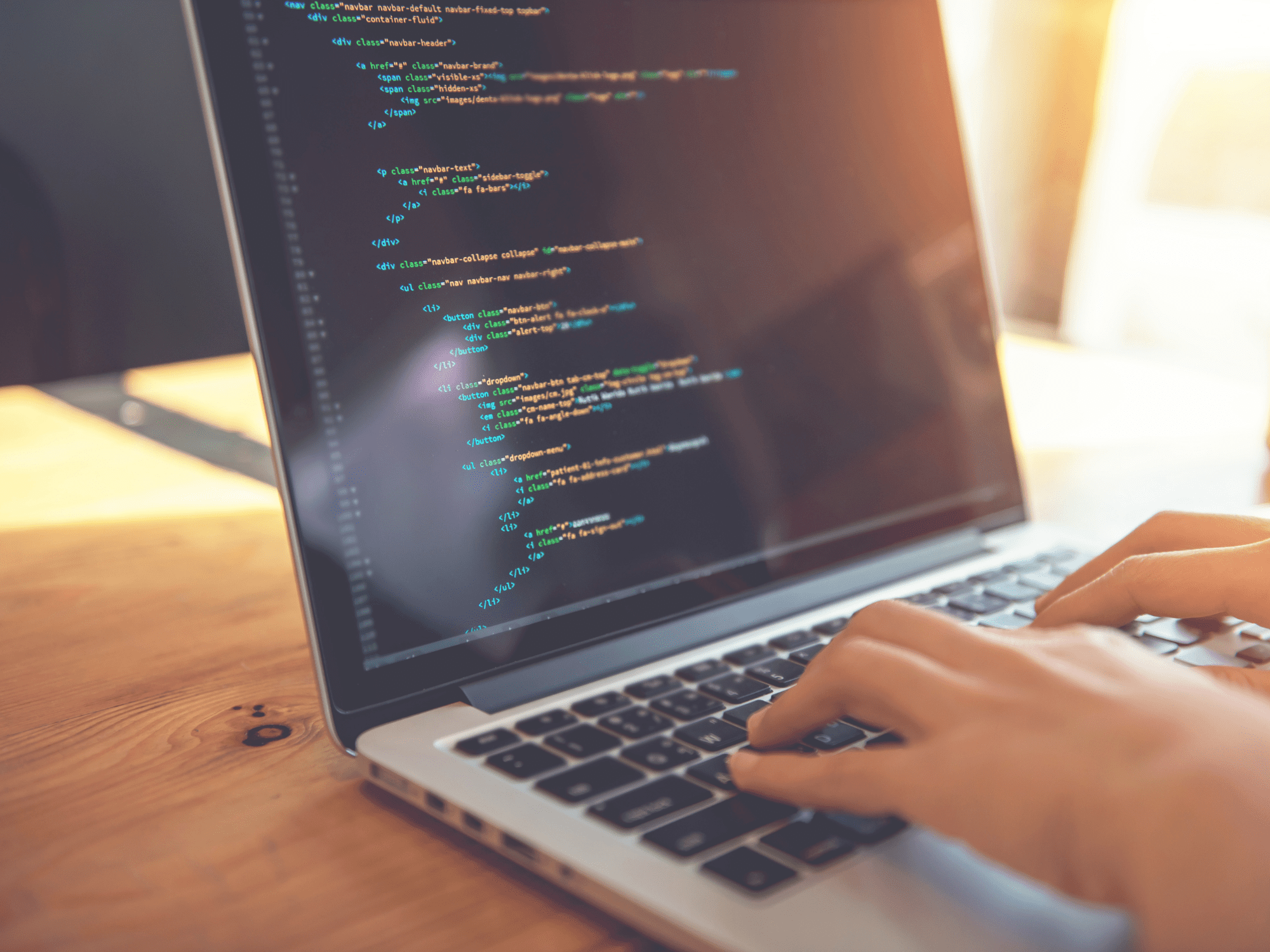 As IT salaries in Mexico rise, what does that mean for the U.S.?

In the last year, developers for mobile react, iOS, and android, along with Ruby on Rails and Python are seeing a significant rise in salaries, some almost 50% more than what they were making this same time last year.

Why the sudden jump in salary? With demand for developers high and the supply low, along with a change in Mexican law, existing developers in every country are becoming a highly-sought after resource.

The cost of US developers has skyrocketed, forcing more employers to look to Latin America for developers, leaving American developers in competition with peers at half their price.

Here are a few reasons why there has been such a rise in tech salaries in Mexico:

The largest influence for the rise in salaries in Mexico is largely due to the change in Mexican law. In April of 2021, Mexico enacted labor and tax laws that prohibit the outsourcing and subcontracting of personnel, effectively killing the most common process of building remote teams in Mexico, the Employer of Record. This is a big deal both from a foreign and domestic perspective.

In Mexico, this means that businesses wanting to outsource to coders are now hiring directly through their own established federal entity. There are workarounds to this (CodersLink is one of them), but the law has taken out one “middle man” to the process.

The goal of the new law is to force companies wanting to do business in Mexico to establish a long term presence in the country. Although this means that it is harder and more expensive to get started to build a remote team in Mexico, companies can also take the money they were paying EORs to manage personnel and put it directly into developer’s salaries.

Companies like Twitter and Pinterest are establishing legal entities in Mexico and running everything internally, remotely. This way, these companies can attract top developer talent through offering a higher salary and keep up with the remote work demand.

Supply is down, demand is up

The second reason for the rise in Mexican developer salaries is the imbalance of supply and demand.

Demand for skilled developers (especially Ruby on Rails, node.js, and react) has risen significantly in just the last year. And as demand is rising, supply is slimming, causing a huge gap in businesses and a problem for HR leaders trying to fill it.

The cost of U.S. developers has sky-rocketed due to this disparity, forcing many American based companies to look to Latin America for developers. However, this presents it’s own set of struggles, since countries like Mexico also do not produce enough senior level, niche developers to fully meet the demand.  Without enough developers skilled on software like Ruby Rails or able to execute mobile languages, the supply shrinks even more.

As companies grow tired of the travel costs to and from Asia and Eastern Europe, they are considering nearshore options like Mexico and other Latin American countries. This increases demand for top tech talent in Mexico.

The U.S. education system continues to lag in producing a sufficient number of engineering and tech graduates to fill the need.

Tech Crunch states, “Given that the U.S. produces only about 65,000 computer science graduates, there is a vast deficit in the tech talent market, which materialized as over 900,000 unfilled IT and related positions in 2019 alone.”

This leaves a wide open opportunity for Mexican tech talent to fill.

Tech Crunch also tells us that… “Unlike the U.S., 20% of Mexican college graduates have relevant engineering degrees, amounting to over 110,000 per year, far surpassing the U.S. in technical talent.”

This is good news for Mexican tech talent, particularly as it gets up to speed on newer languages like React. However, the demand has still outpaced supply significantly. This, combined with the ability of some larger tech companies’ willingness and ability to pay more in salaries, salaries have increased at an exponential rate.

While outsourcing to Employers of Record to help companies hire software developers in Mexico is no longer an option, establishing a Mexican sector of your company is. Given the low cost of living and consequently low overhead costs in Mexico, along with the fact that Mexico spans 3 U.S. time zones, you’ve got a no brainer!

And diplomatically, the benefits of a Mexican- American working relationship only continue.

Forbes reminds us that “While the political climate in the last four years may have deepened a sense of divide, the reality is that many Americans and Mexicans have friends, relatives and colleagues living across the border.”

As of 2020, 56.5 million people of Latin American heritage are reported to live in the U.S., making America the second largest Spanish speaking country. In terms of target audience and market share, being bi-lingual may be a great asset.

In the same way that Silicon Valley saw its rise and overtake in tech, Guadalajara, Mexico is becoming a parallel image, hosting a $4 billion dollar startup, Kavak.

The Mexican tech industry is one to look out for, but even better, it’s one to partner with.

Is the future bright for the US or Mexico moving forward?

So, is it still worth it to operate in Mexico? We say yes, with the main reason being due to salary. IT Engineer salaries in Mexico are still significantly cheaper than the U.S. equivalent, making it more cost-effective for your business.

According to our IT Tech Salaries Report, you can see that the average salary reported for Mexican employees is significantly lower compared to the equivalent U.S. employee.

This means the average salary in Mexico is 67% less than the U.S. national average.

This cost difference is huge for companies looking to grow quickly and scale efficiently. And the lower cost in salary does not mean lower quality in work. Mexico understands and supports STEM professionals as they are essential to their growing economy. The country has implemented important initiatives and built universities to make sure it’s workforce is up to the task.

CodersLink has established operations in both Mexico and the U.S., making it easy for us to find you the right talent and skill no matter where you are.

We empower companies to build, grow, and scale remote tech teams through providing staffing and direct placements. We ensure the best companies find the best talent to continue growing their technology teams, fill skill-gaps and respond to scaling needs.

If you’d like us to help you with hiring remote work for your company, reach out to start growing with us today. 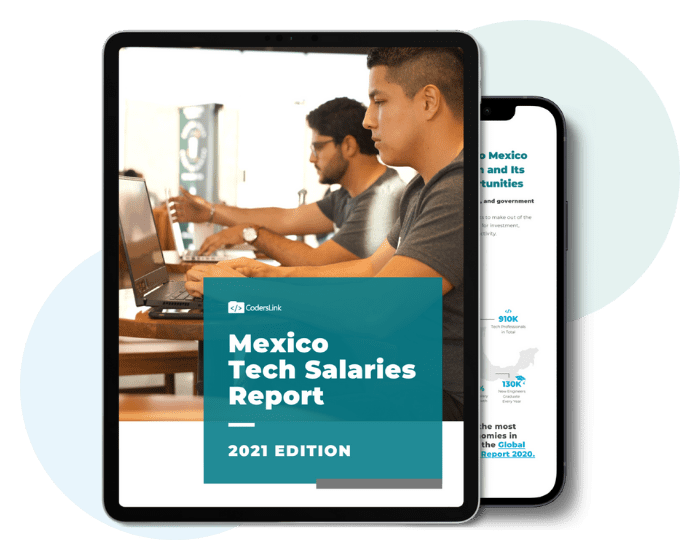