Outsourcing—the 21st century’s workhorse—has proved efficient in improving productivity and growth. Today, it is more than an experiment; it is a strategy and even a go-to for many startups that need specialized talent.  This effective technique has allowed for growth in the technology sector at a phenomenal rate, as many have been able to remotely hire software engineers, software developers, IT workers, and other key positions.

The Shift in Outsourcing Models — From Direct to Recruitment Process

And just like the nature of work has changed, so has the nature of outsourcing itself. As we know, the 21st-century workforce is all about adaptability and progress. Given the demand for remote and highly-trained developers, companies struggle to handle the hiring process, paperwork, and other related administrative tasks that come when hiring a remote employee from a foreign country or the states.

It’s why Recruitment Process Outsourcing (RPO) has played a significant role in a more substantial type of company growth. When companies engage in RPO, they are delegating the tasks of recruiting, vetting, hiring, so they could focus on the work. This not only saves the company, but it saves time and ensures the candidates brought in are appropriately vetted and qualified. It takes care of visas, paperwork, salary, and more.

Many people’s ideas of outsourcing are still associated with hiring people overseas from India or other remote countries. That has changed. Today, companies have a choice to outsource jobs to a variety of places, including inshore in the U.S or remote areas like India and Europe. The offshoring model, however, is mostly losing favor, and places like India are no longer the top contenders when it comes to best software engineers and developers.

In recent years, outsourcing jobs to Mexico has become a smart and lucrative option for tech companies interested in growing their team with nearshore candidates. 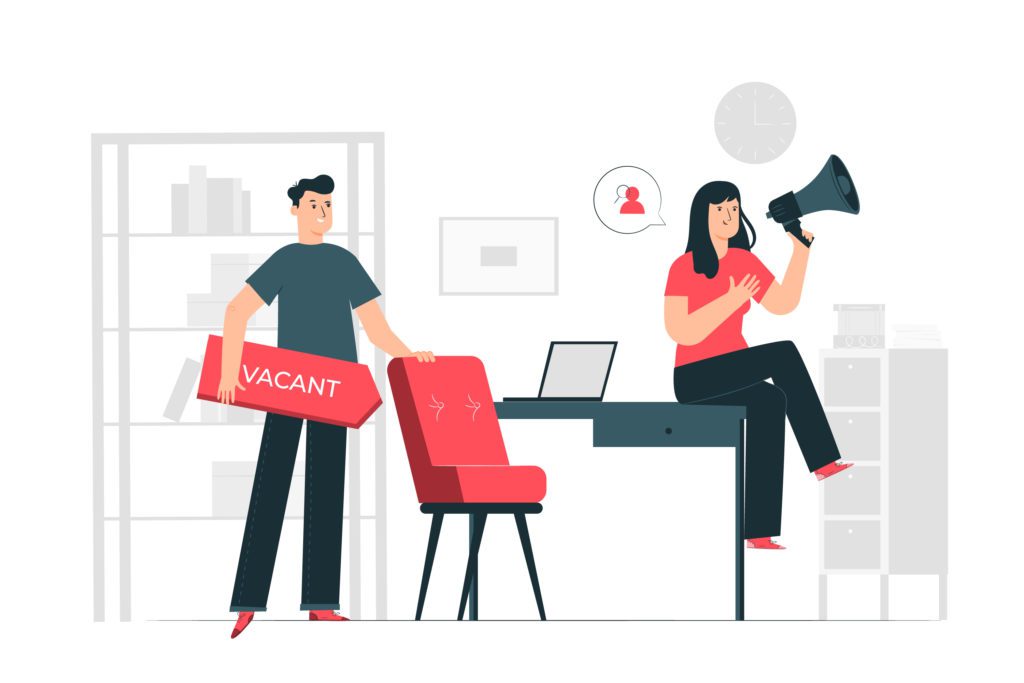 Outsourcing to Mexico, the U.S., and Overseas — Key Differences

A company must consider certain factors when hiring outside the office.  The first one might be whether you are looking to build a team or hire a set of skills for one project. The latter might work in some circumstances, but carefully considering the candidates that make your software and building a consistent talent team pays off in the long term.

Outsourcing in the U.S — Myth, and Reality

There are plenty of software outsourcing companies in the United States. Companies looking to get a project built might reach out to these developers and use their services on a temporary basis. Think of these as development agencies or development shops. This is not the best model for companies who are looking to build a team with lasting value and creativity that will produce better work long term. Below are a couple of things to consider.

Myths you might find by taking a closer look:

Hiring in the U.S is cost-effective.

It depends on what you’re looking for. Hiring a software developer through an outsourcing company might get your project done, but wages in the U.S are high, and you might not get the consistent work you’re looking for if their price tag is too low.

Outsourcing in the U.S is easier.

There is no denying that U.S software developers are beyond talented. At the same time, many companies have experienced frustration with outsourcing companies and agencies, as they find themselves spending more time than projected and lots of cash working on a project, only to be disappointed by the final result. In the end, it ends up costing much more than money. It might set your company back, or it might make you look bad in front of clients. 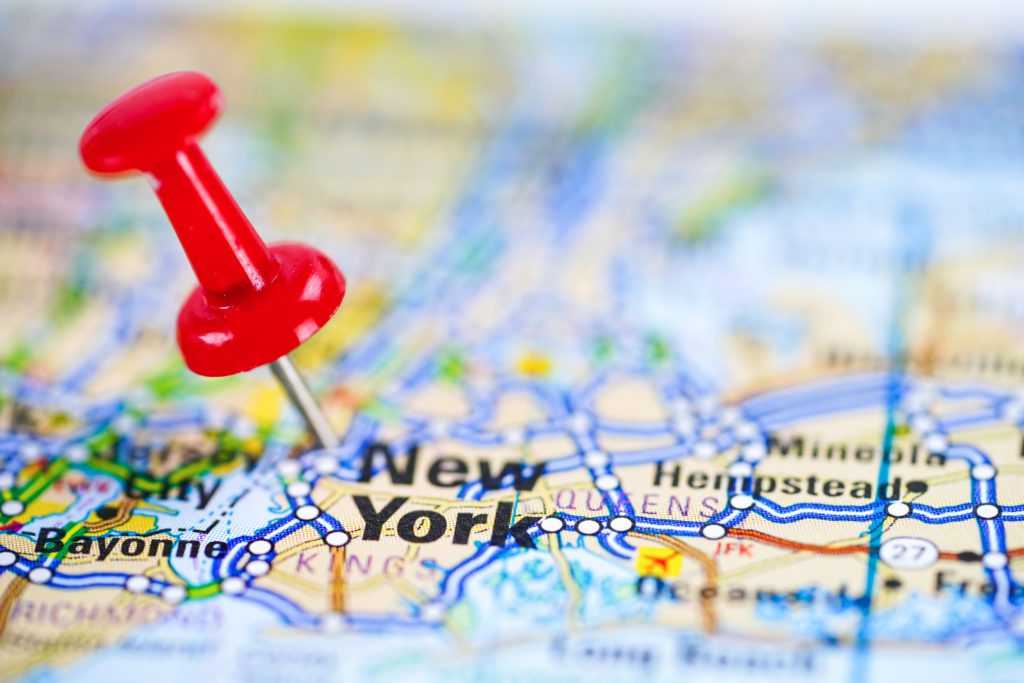 Outsourcing to India — The Myths and Reality

While this option has been trendy in the past, it has lost some favor with many companies as they realize that finding the right member for their team takes a lot more than just qualifications on paper.

Let us discuss some common myths:

Outsourcing to India is cost-effective.

Guess what? It can be on the surface. Yet, many Indian programmers might lack structural integrity or proper system architecture, checks, and security, which has caused the deletion of expensive systems or damage to code. Security risks can be costly. This can end up costing you a pretty penny.

Well, maybe. Yet, communication problems, cultural differences, distance, and time zones will hinder development. So regardless of their skill level, they might disrupt your workflow.

Indian programmers are just as skilled.

India is a big country, and surely, there are excellent developers within it. The majority of them, however, are trained to ‘churn out code.’ There is often a lack of creativity or code that is resilient and resistant against problems. 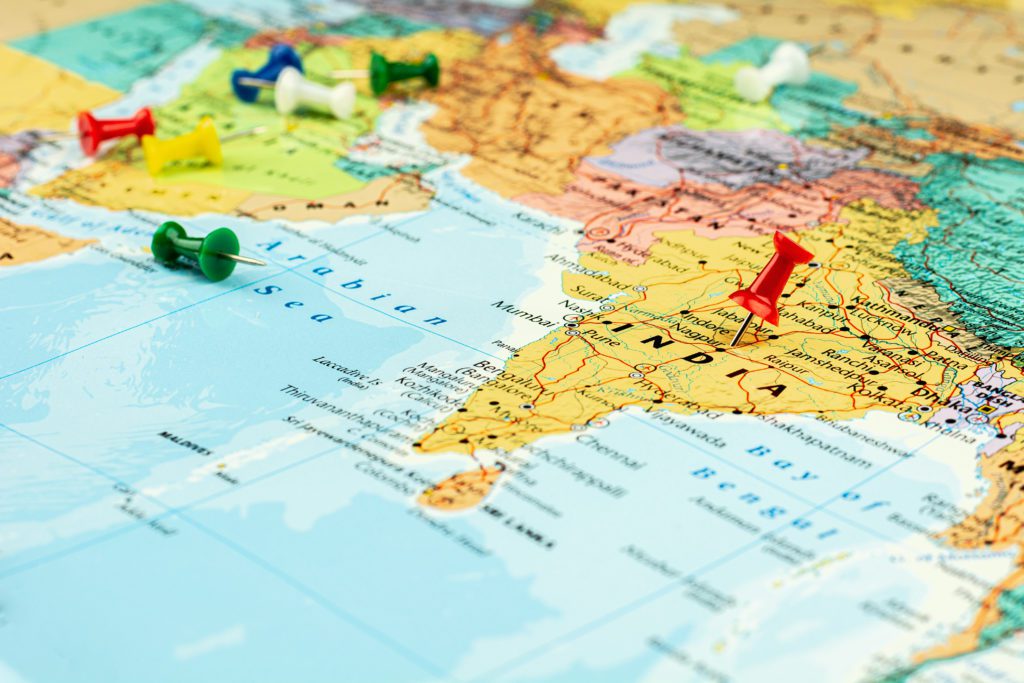 Outsourcing to Europe — Myth, and Reality

Many companies have also sought the outsourcing aid of companies in Europe. Eastern European countries like Poland, Belarus, and Ukraine have a growing pool of talented developers. Some of the same problems arise, however, when it comes to seeking the services of these companies.

Communication is easier with Eastern Europeans.

It’s true that many Europeans have a high English literacy rate, but that doesn’t mean that communication problems don’t exist. Eastern Europeans, for example, have a substantially different culture, which can make communication just as tricky.

Time zones are not as different.

For those that have never dabbled in a remote work situation, the time zone constraint might seem like a minor one. Except it’s not. Having to wait 8-9 hours for a response can really slow down progress and create a disjointed workflow. 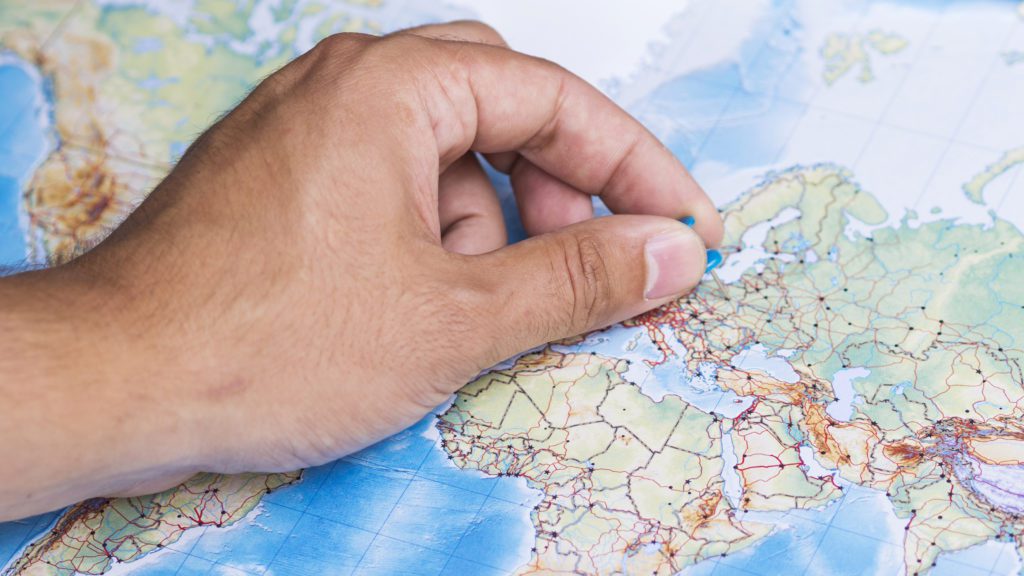 Outsourcing to Mexico — Myth, and Reality

In recent years, Mexico has made a name for itself as a viable outsourcing option. And yet plenty of misinformed myths still persist when it comes to hiring developers in Latin America.

Myths about Mexican developers often include:

Mexican developers are not as educated.

This is far from the truth. Mexico has invested a lot of time and money in high tech education. Prestigious colleges and universities and companies provide high-levels of hands-on training and knowledge.

There are language and cultural barriers.

Not exactly. As our Southern neighbor, Mexico shares a lot of cultural characteristics. Mexico is highly influenced by U.S culture and shares a lot of familial ties, specifically in the states that border the US.

False. Mexican developers are not cheap, as they are highly trained and educated. The difference is the cost of living in the two countries. 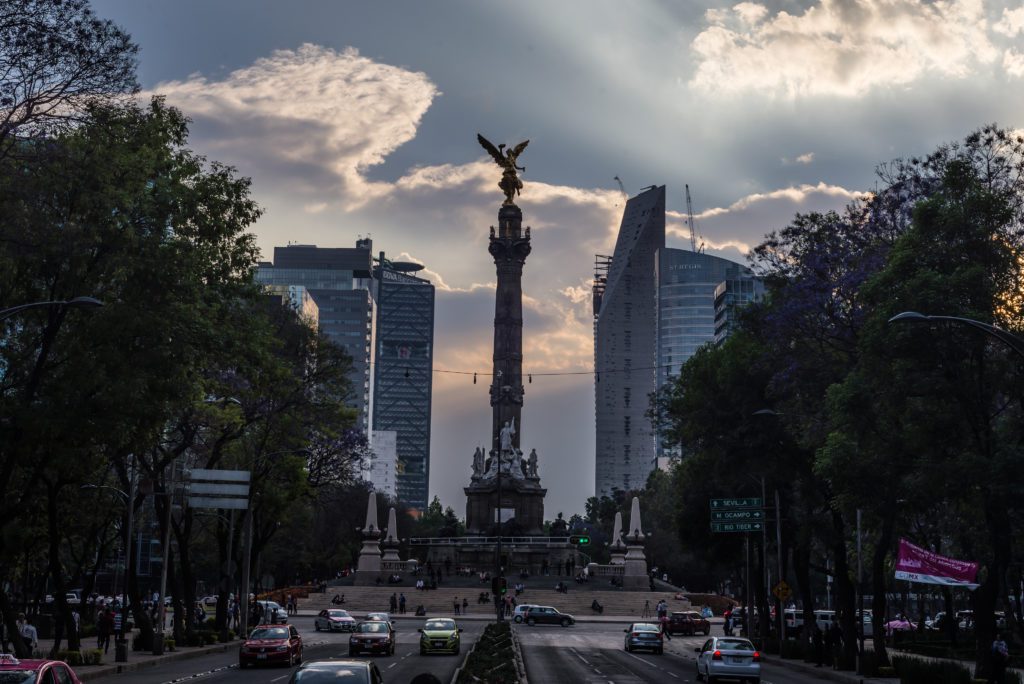 An Overview of the Advantages and Disadvantages of Hiring Mexican Developers

The Advantages of Mexico’s Tech Talent Pool — A Closer Look

For our 2019 report, we interviewed thousands of working Mexican software engineers and developers to gain some insight into how outsourcing was working out for them and company managers and owners.

[Get a copy of the Tech Salaries in Mexico Report here]

As the head of a company, your concern is to increase productivity and quality. You know that increasing productivity and acquiring a talented workforce will yield good results in the numbers. In Mexico, there are more graduates in software engineering and related fields than there are in the United States. So how does outsourcing to Mexico save your company money?

You’ll hear some people say that ‘Mexico is the new India.’ Except Mexico possesses much better software engineers and a more disciplined workforce.

Since the rise of the tech industry and the high demand for jobs in software engineering and software development, outsourcing has become a valuable tool for company managers looking to enhance productivity. Implementing strategic outsourcing and finding the right candidate will boost efficiency and increase the productivity of your team.

#3 Diversity — Tapping Into a Diversified and Energetic Talent Pool

The costs are not even the most significant reason that companies are choosing to outsource to Mexico today. The biggest asset in hiring a Mexican developer is the fact that companies get a top-of-the-line developer for their team. These graduates are coming out of school with hands-on training. Due to many partnerships between companies and Mexico’s tech schools, these graduates are already primed in real-world problem solving, skill sets, versatility, and proficiency in today’s most in-demand programming languages.

Unlike hiring developers from India or other remote countries, Mexico is our Southern neighbor. The two countries share a lot of similarities in terms of culture and language. All graduates coming out of these prestigious tech schools speak English and have been trained and/or specialized in the most needed programming languages. They are also one short flight away, which increases and eases communication. Similar time zones and short distances

Today, Mexico sees the fruitful results of years of investment and funding injected into the tech industry. Government-funded programs, educational initiatives, and private sector growth have produced tech hubs across the border known for their creative, experienced, and highly-skilled graduates.

Many U.S companies look at outsourcing to Mexico with some level of hesitation. Questions arise about how to handle payroll, benefits, and work visas. And while these are legitimate concerns, there are ways to mitigate them. As a dedicated hiring partner, CodersLink helps U.S companies connect with trusted and vetted software engineers and programmers and takes care of the administration stuff that bogs productivity down.

A hiring partner can help your company with the following:

Grow Your Team and Improve Output With the Proper Recruitment Outsourcing

There are no shortages of talented, creative, and resourceful software engineers and developers out there. In Mexico, hundreds of eager and highly-skilled developers graduate every year. Many of them have already had hands-on training and experience with big companies like HP and IBM. It’s a matter of knowing where to find them and how to get them into your office for an interview.

CodersLink has spent the last couple of years researching and forming relationships with talented Mexican developers ready to work for top-of-the-line companies in the U.S. and elsewhere. As an established recruiting process company, we make connections between the talent and companies looking to hire. Our goal is to support and facilitate the process of filling key positions in your company. We will help you find the right candidates to grow your team. Check out what we have to offer on our website. 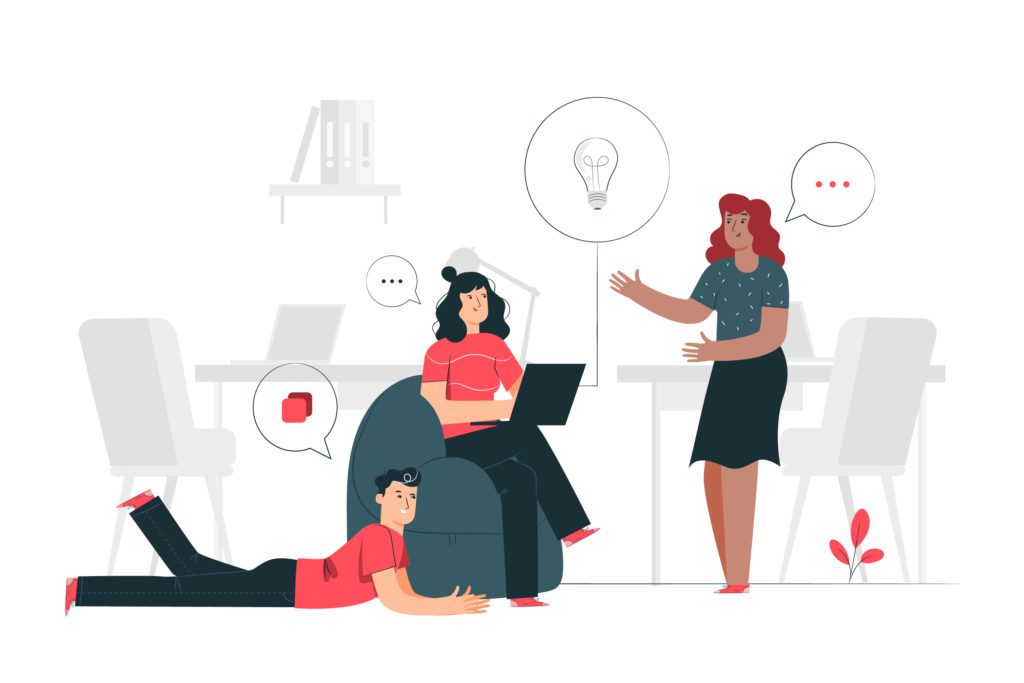