IT Outsourcing and Staffing in Latin America

Get insights on how to outsource software developers or expand your IT team to the LATAM region. We’ll give you a closer look at the most relevant outsourcing destinations in Latin America to unwrap hourly rates, tech stack, skills, talent pool, and other statistics that will save you more than 40% of the cost when hiring offshore programmers. 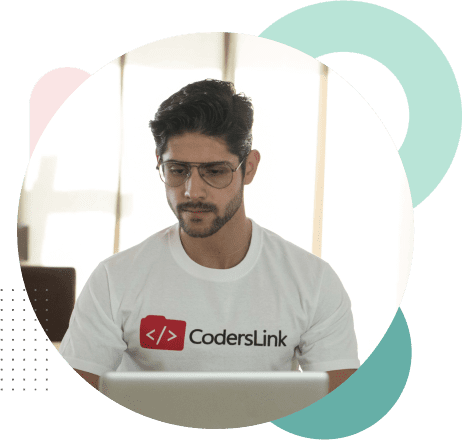 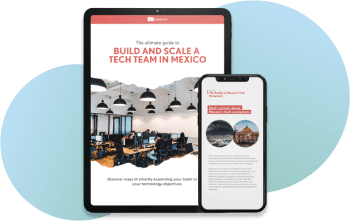 Build and Scale a Tech Team in Mexico

It contains the ABCs of outsourcing, staffing, and IT recruiting, along with case studies to learn how to use these strategies in your favor. This guide is ideal for CTO's, VP's of Engineering, Hiring Managers, and VP of Operations looking for ways to expand tech teams.

Of today’s most in-demand outsourced business processes, IT services and software programming are the top 1 on the list.

Outsourcing in the technology industry has shown benefits in the short term, such as starting projects faster and getting them to market more quickly. In the long term, such as cost savings and increased productivity.

For a long time, the outsourcing industry was focused on the Asian and Eastern European regions. However, the Asian giants, China and India, remain the leaders in the IT outsourcing market as they have the largest number of software engineers in their talent pool.

The top three options for outsourcing globally are Asia, Eastern Europe, and Latin America, with each region having its unique benefits and challenges. 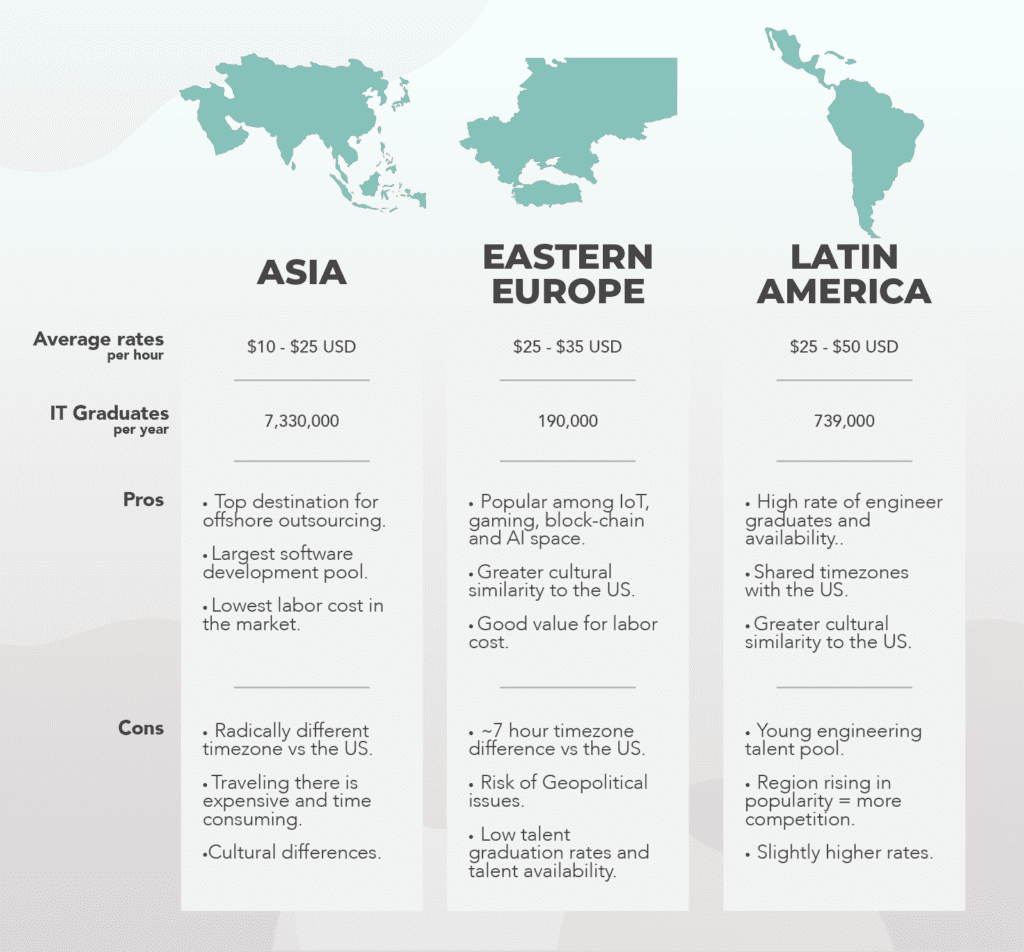 We can see above why Asian countries are hard to ignore when looking for an offshore destination. However, North American technology companies that prefer quality over quantity have found a better ally in Latin America to expand their technology teams or outsource IT services.

Unlike Asian or European countries, Latin American countries are the closest geographically to US companies, which makes Mexico, Costa Rica, and Colombia very convenient outsourcing destinations. 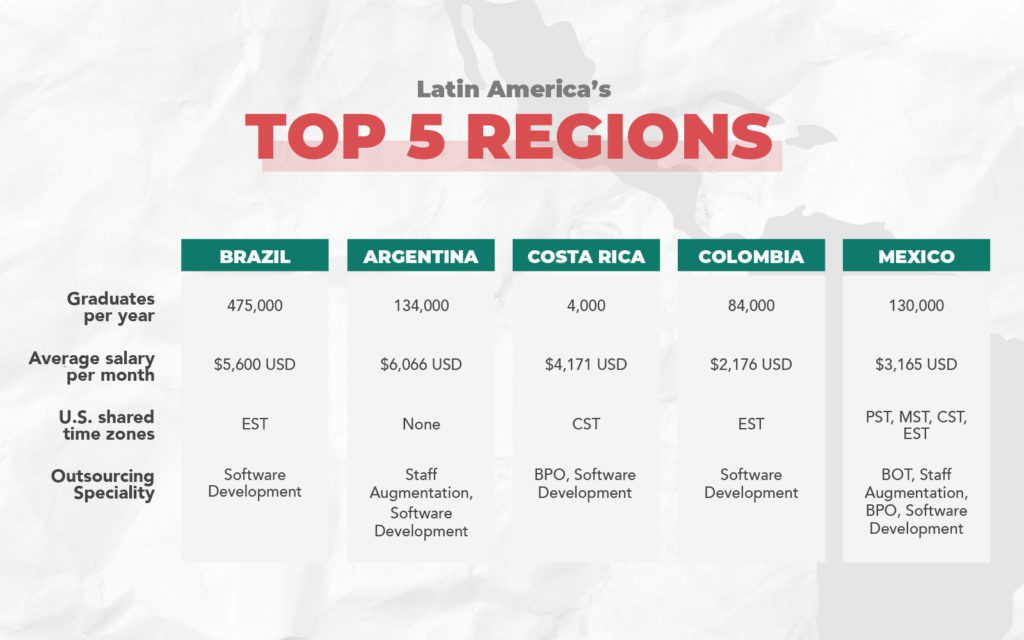 Why is Mexico the best choice for collaborative IT outsourcing?

In the last ten years, Mexico has become a destination for IT outsourcing and nearshoring. Companies, both large and small, have established entire technology teams or hire remote engineering talent in the region to support their internal operations.

Names like Amazon, Facebook, Intel, Uber, LinkedIn, Google, IBM, or Microsoft have become more and more frequent in the resumes of software developers in the leading technological cities of Mexico.

One of Mexico’s significant advantages over other outsourcing competitors is that it shares a border with the United States, which gives it a high level of linguistic and cultural competence within its group of technological talents.

However, there are many other benefits to choosing Mexico as a collaborative IT outsourcing destination: 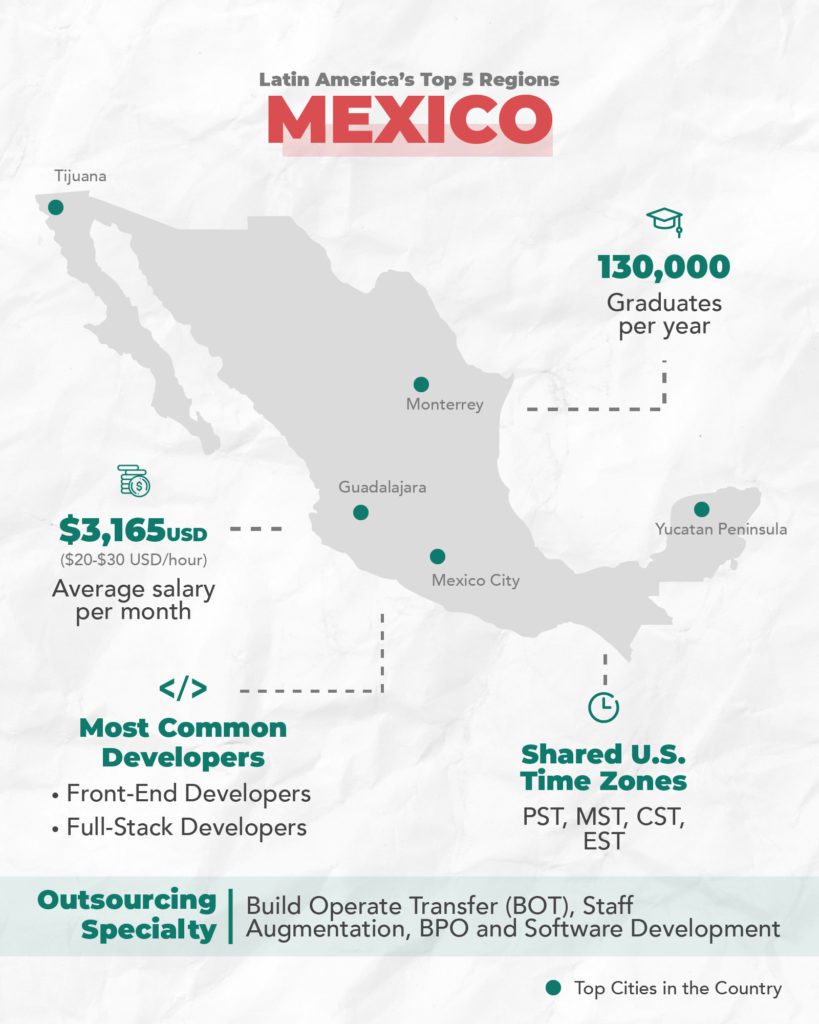 Top cities for collaborative IT outsourcing and nearshoring in Mexico

Mexico has invested in more than 20 technology hubs in Queretaro, Chihuahua, Aguascalientes, Coahuila, the State of Mexico, Guadalajara, Durango, and Jalisco, to name a few. These tech hubs have attracted foreign investment and transferred IT skills across the country.

However, five cities with a strong muscle in the IT industry have become the primary providers of talent for international companies.

Mexico City is the epicenter of the country’s software industry, with more than 500,000 software developers and engineers. As a result, Tech giants like Apple, Google, Microsoft, Facebook, and HP began building offices in the city. 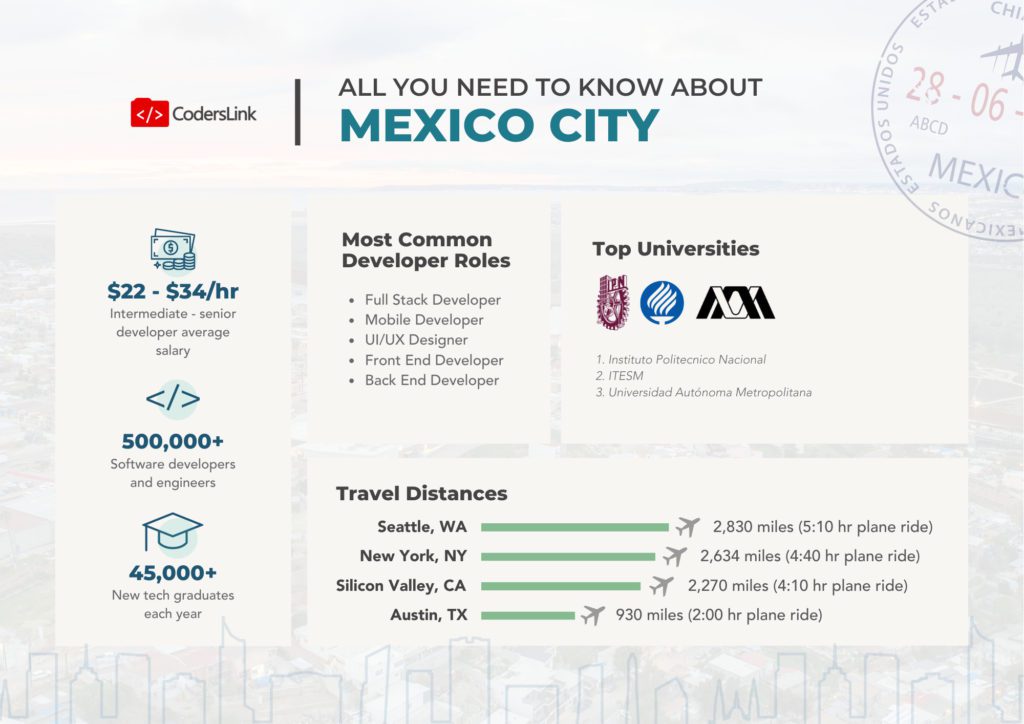 Our blog Our blog

Monterrey accounts for over 10% of the country’s GDP and 11% of its exports, making it the fastest growing and one of the most modern cities in Mexico. It’s also home of the Tecnologico de Monterrey – one of the best universities in Latin America. Thousands of skilled software engineers graduate through it every year. 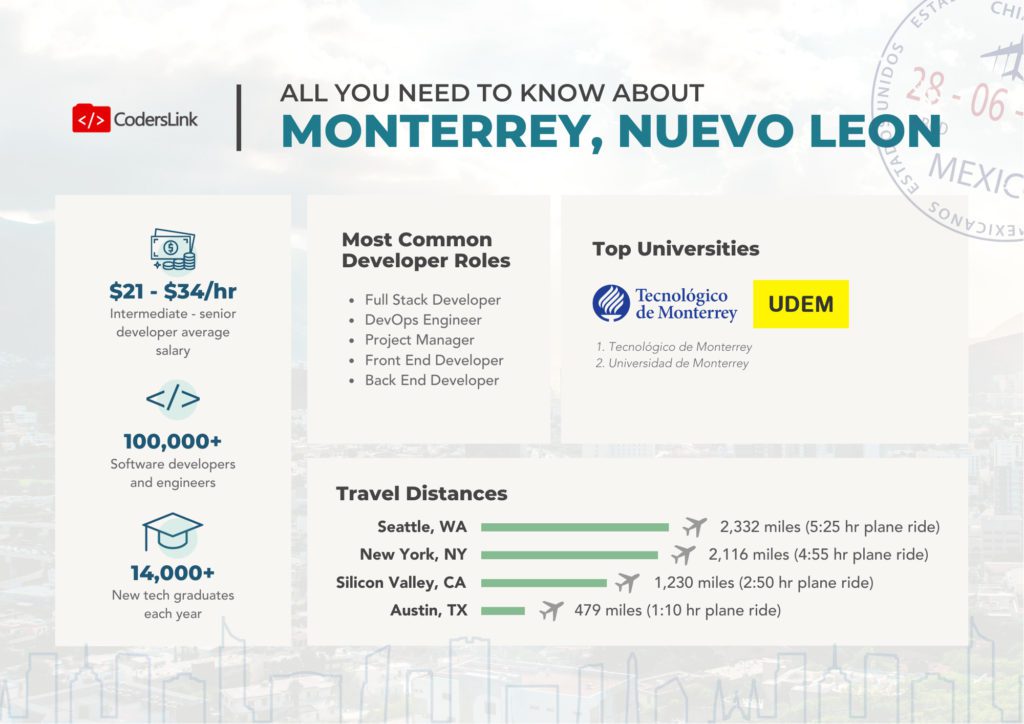 Sixty-five major American companies, including Uber, Honeywell, and Youtube, have offices in Tijuana. Twenty miles from San Diego, its location is one of Tijuana’s many incredible benefits to tech companies looking to build a second office. However, location isn’t the only reason; Tijuana produces skilled and culturally fit talent for U.S. companies at more affordable rates. 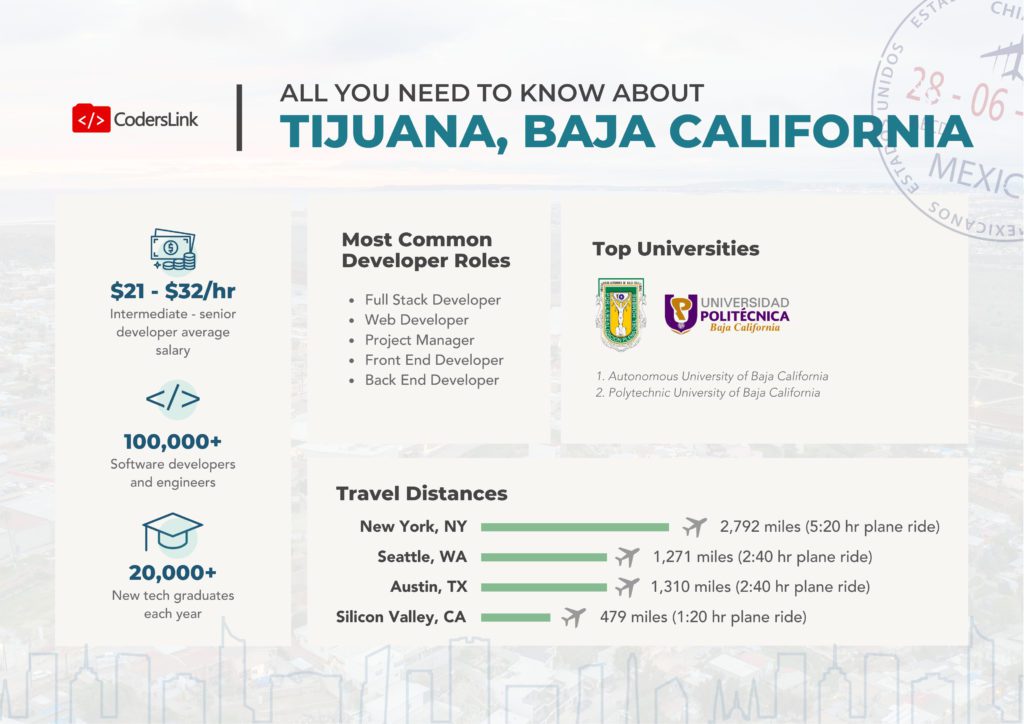 Once home to the Mayans, today is one of the fastest-growing tech hubs. The Yucatan government has consciously invested in making it a competitive destination for national and international IT investment.

It is worth mentioning that senior-level engineers prefer the tropical and beach lifestyle that this destination can offer them over a city life, which is why Yucatan receives a large migration of skilled IT professionals every year. 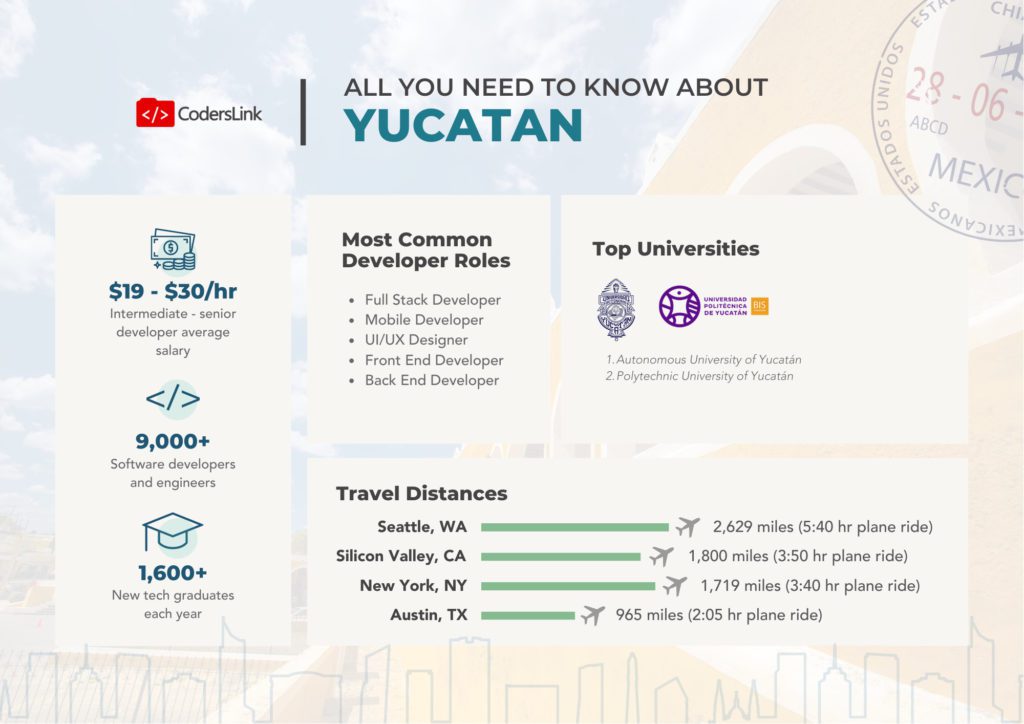 Ever since Guadalajara went viral for being considered the Mexican Silicon Valley, both the Mexican Government and MIT invested in creating a city with infrastructure and technological talent capable of supporting multinational companies.

Since then, more than 600 technology-focused companies have established their bases of operations in Guadalajara, such as IBM, Oracle, Intel, HP, Dell, and Gamesoft. 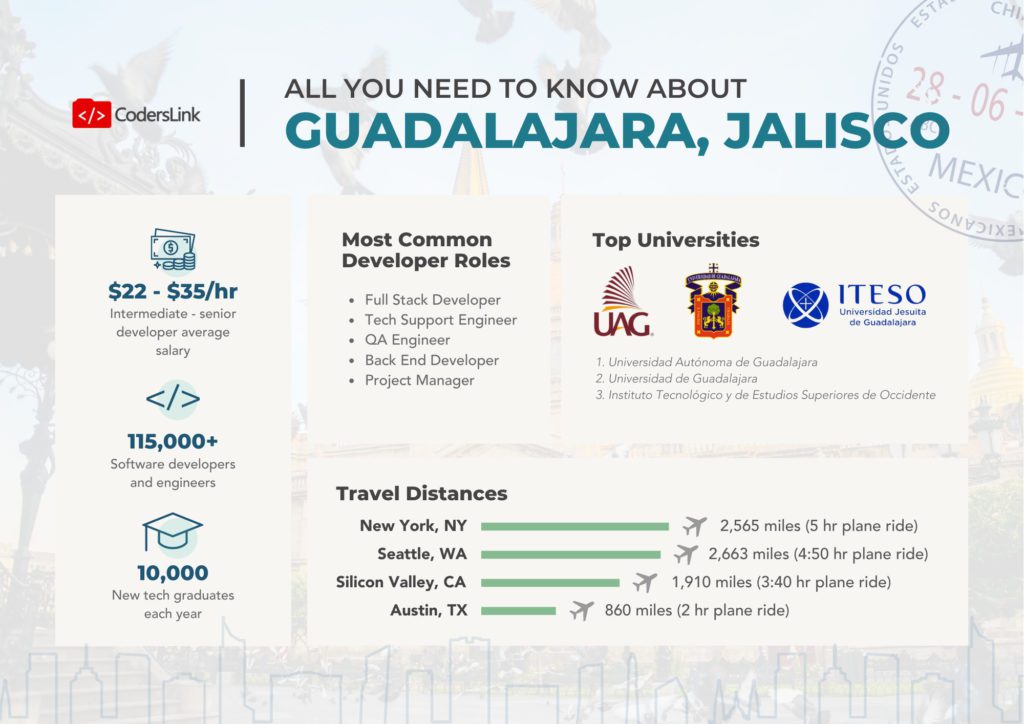 Are you interested in building your software team in Mexico?

There are three ways you can do it:

Your business can maintain a competitive advantage while working at scale without increasing costs by outsourcing outside the United States. Whichever option you choose to outsource in Latin America, CodersLink can help.

Land and expand a successful team of remote developers in Mexico

Parlevel - Scaling a team of remote developers in Mexico

Interested in seeing how CodersLink can be a resource for your hiring needs?